The smallest house on Vikøyri

This text is about: Kultur

Guri had been married to Lasse Larsson Vikøren (Fiske-Lasse) who lived 1853 to 1897. The family lived on Sæle in Kvamsøy until Lasse died, just 44 years old, then Guri moved to Vik.

The house has only one room and a entrense and the house had original a peat roofs. After 1929 has no one lived in the house, but it where used as a warehouse for the son of Fiske-Guri that runs commission trade for a woolen factory. He remodeled the house and re-roofed it in 1936 which is when it got the cutout it has today. The house was also restored in 2002.

Fiske-Guri was one of the many poor people in Vikøyri who needed help to survive. She lived like many other in this area by having a few sheep, rented a field and worked on the gardens around the countryside in the multiplicy. She rented the house of the farm Sjøtungarden and pay with work on the farm. In addition, Guri drives with spinning and weaving.

But she, like so many others, needed help from the poor commission. In 1916 and many years to come she received NOK 5 in Christmas allowance. She received and received from a grant called the Fastingslegat, of which she received NOK 15 in 1922.

Guri and Lasse had three children who grew up, Johan 1876, Jensina 1879 and Anna 1886. Johan and Anna ended up in Bergen, and Jensina was married in England. 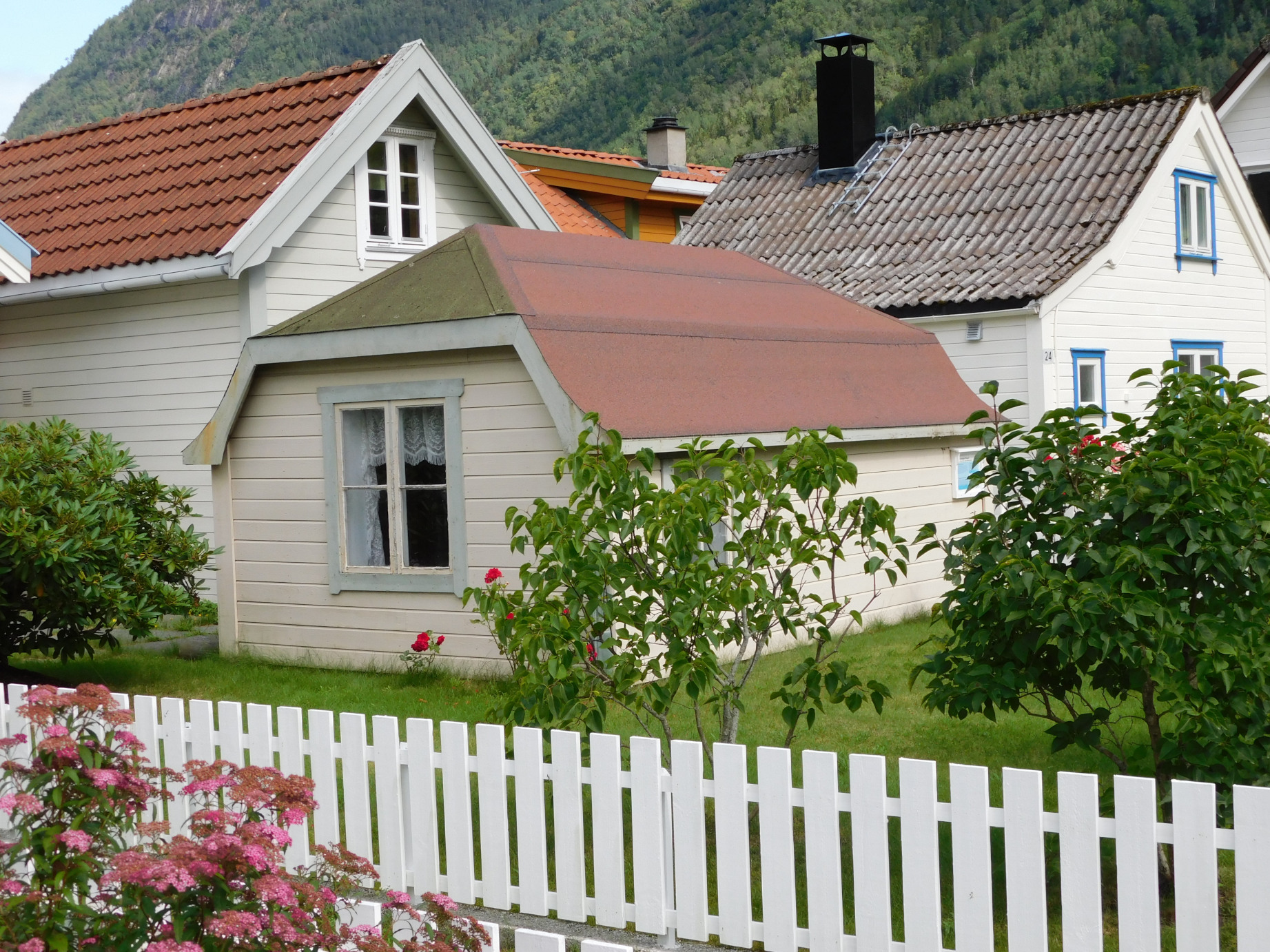 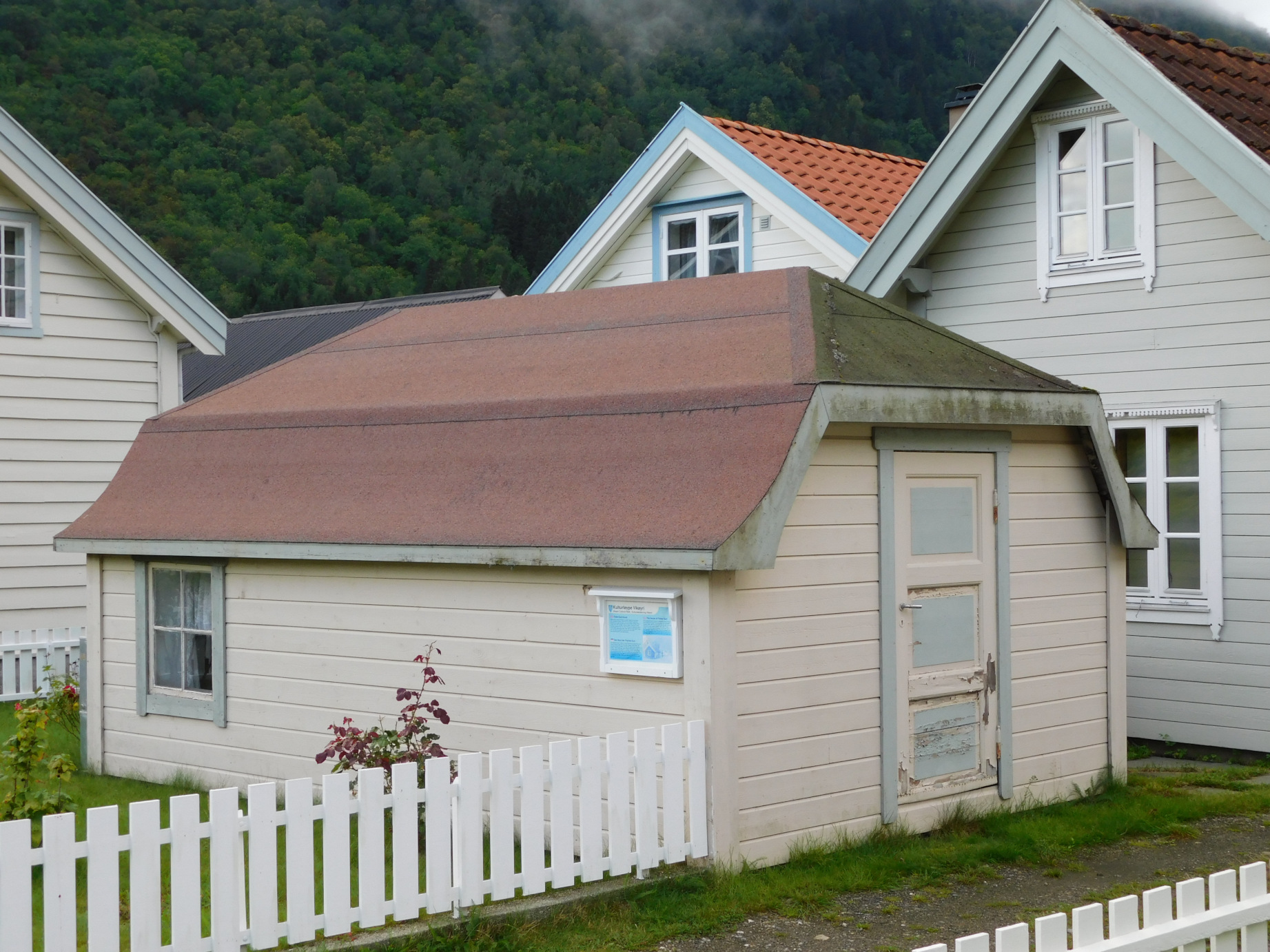 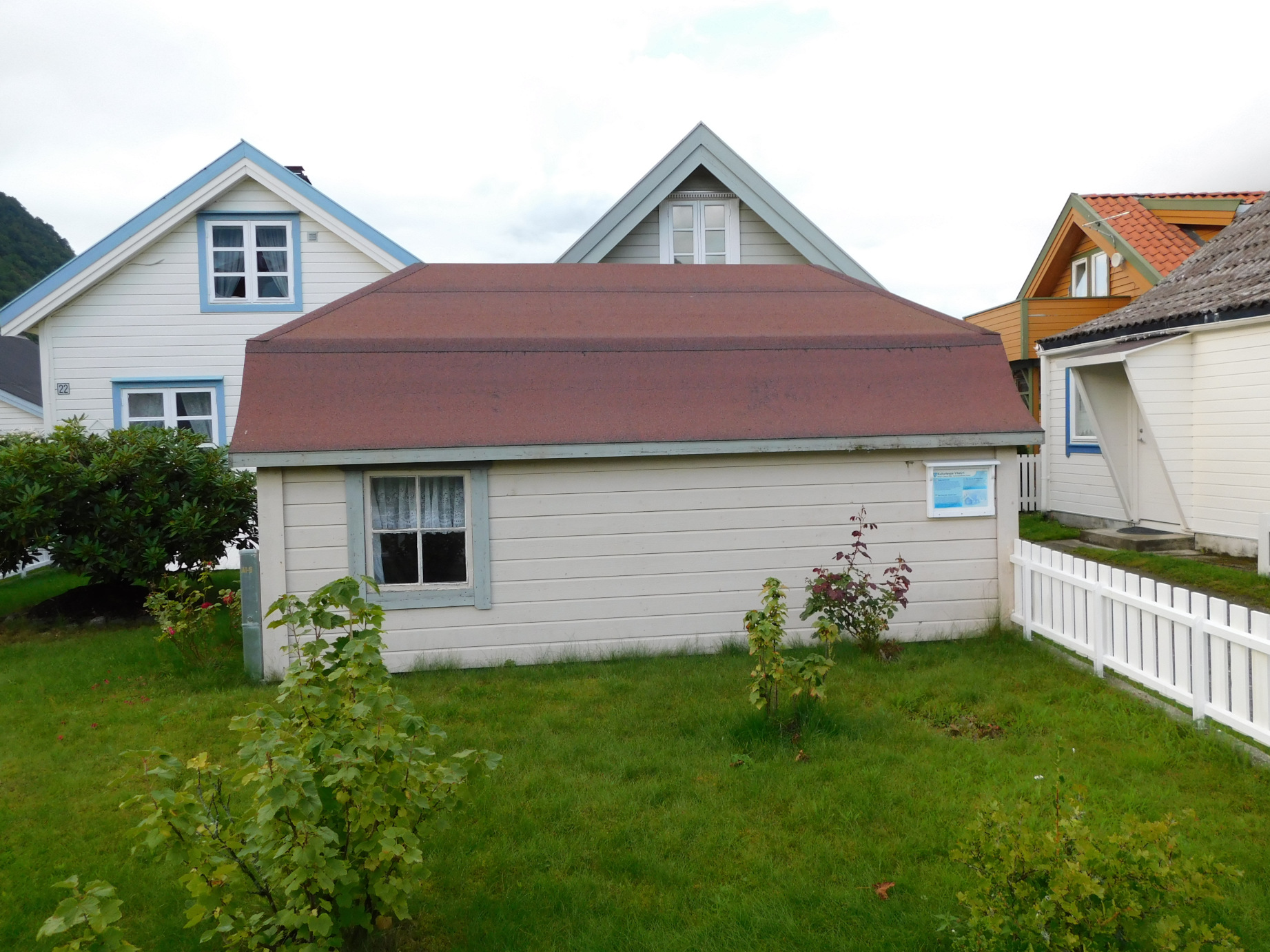