For living and trade

This text is about: Kultur


This house was built by Christoffer Parelius Rasmussen (1826-1913). He was a land merchant, post collector and steamer forwarder.

Christoffer is engaged in land trading from 1848 to 1882. He does land trading here from the house was newly built until 1865, when he bought the neighboring house where Dampen is now, and moved the business over there.

When Rasmussen stopped trading, he built the house down the dairy. We find that the first time we had a fire rate at the house in 1849, when it was newly built. The house is probably built by the janitor Jan Lund (1808-). He worked in several towns in Sogn in the middle of the 19th century.
He was most helpful in designing the interior of the house. He was particularly good with moldings and carvings.

In Vik he built and Kålhagen, Lensmannsgarden in Bø and Valentinsgarden in Hove. He built and the parish and sheriff's guards in Sogndal, and Hansegarden and the pharmacy in Lærdal.

Martin Larsen (1873-1927) bought the house in 1903. He was a baker in a bakery that was located just above this house. That's after he got his name. After the Larsen family moved out, the house was rented out for bus purposes and where there was time to sell out.

In 2002, Ottar Wiik and Knut Iversen bought the house to restore it and return it to its original appearance. They have used the old lists or got specially created the way the original lists looked.

They also have the old doors that could be used, and the colors used are timeless. Notice the entrance, the corner moldings and the valma ceiling.

The house has been useful for several exhibitions. 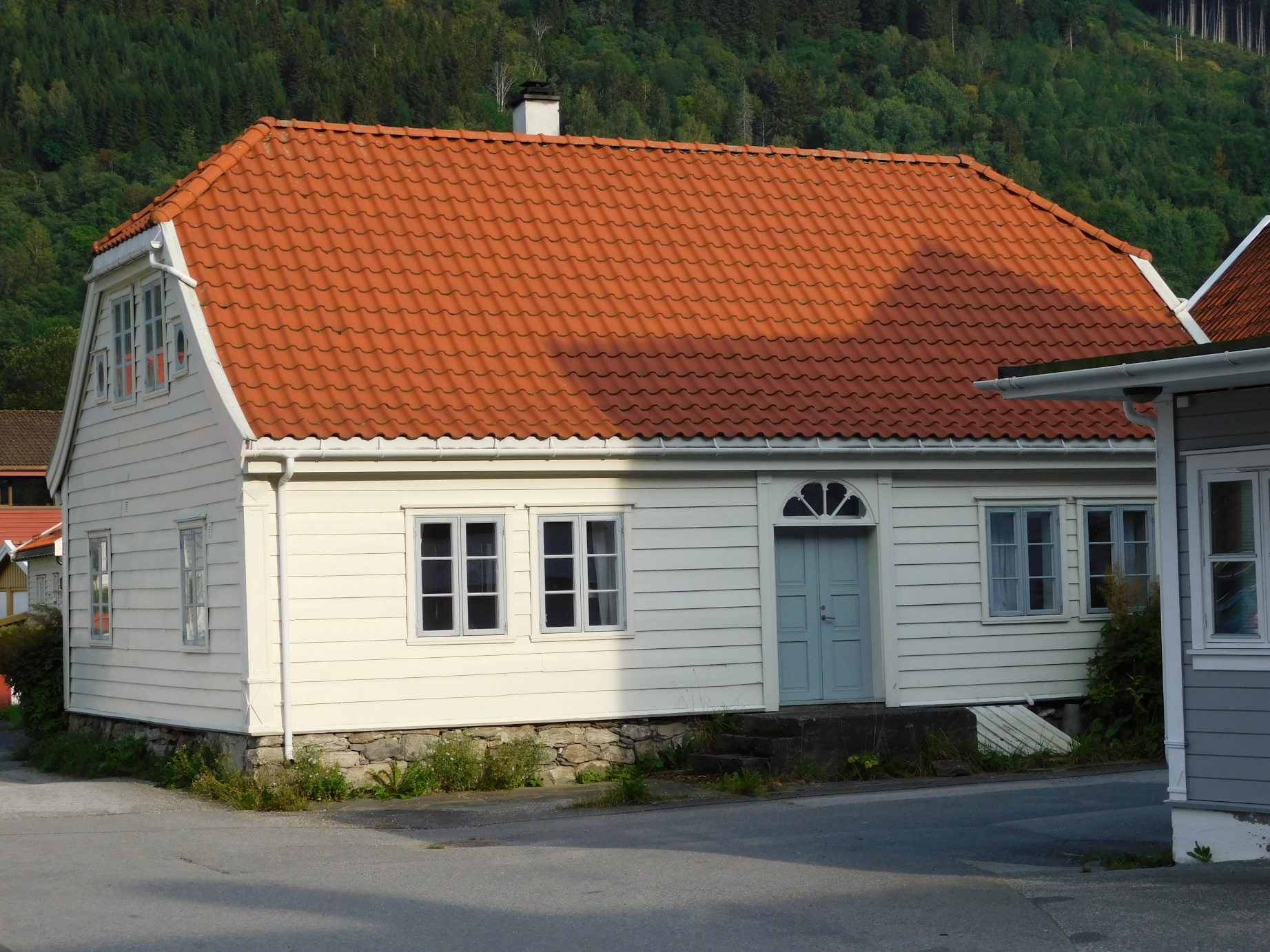 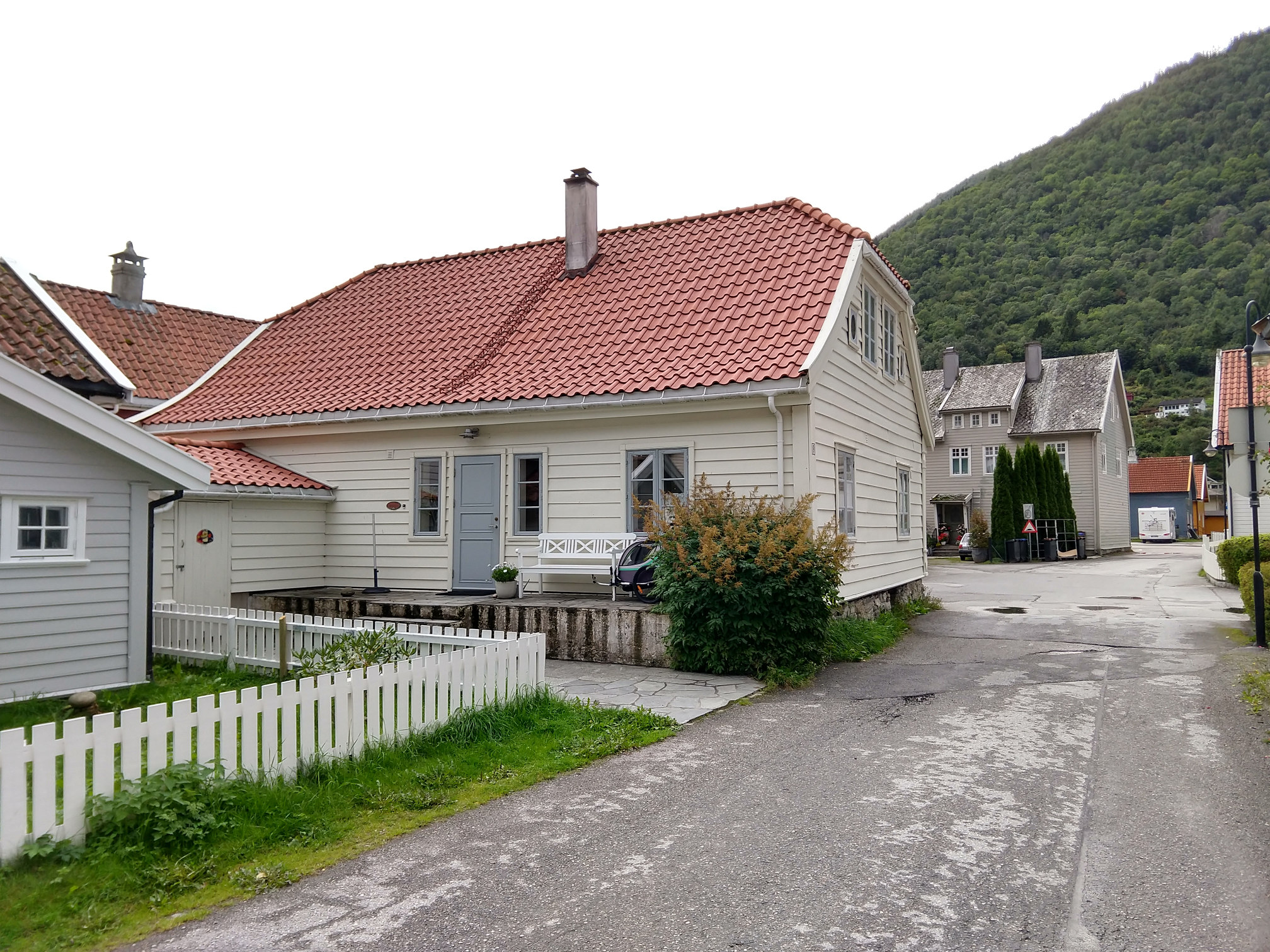 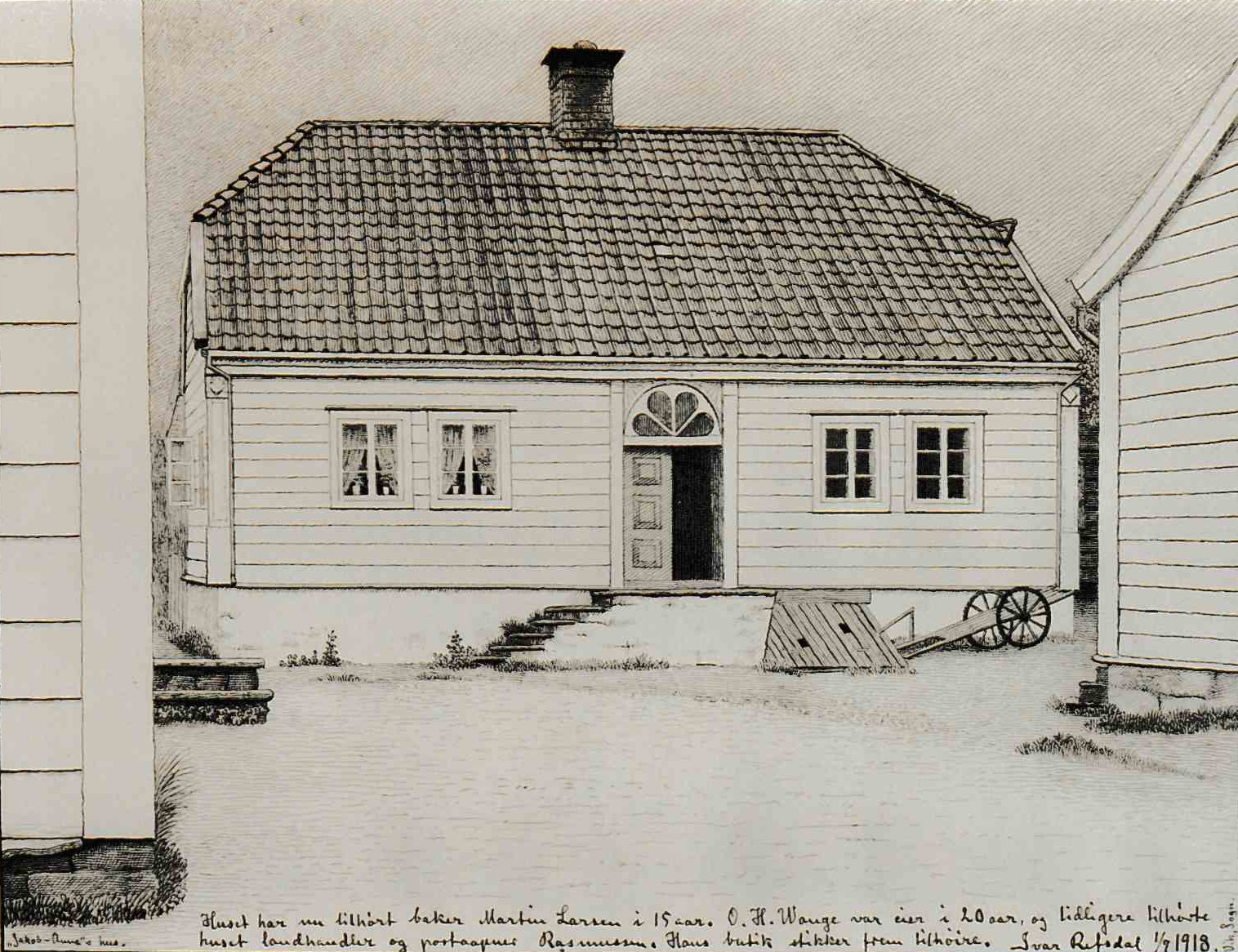